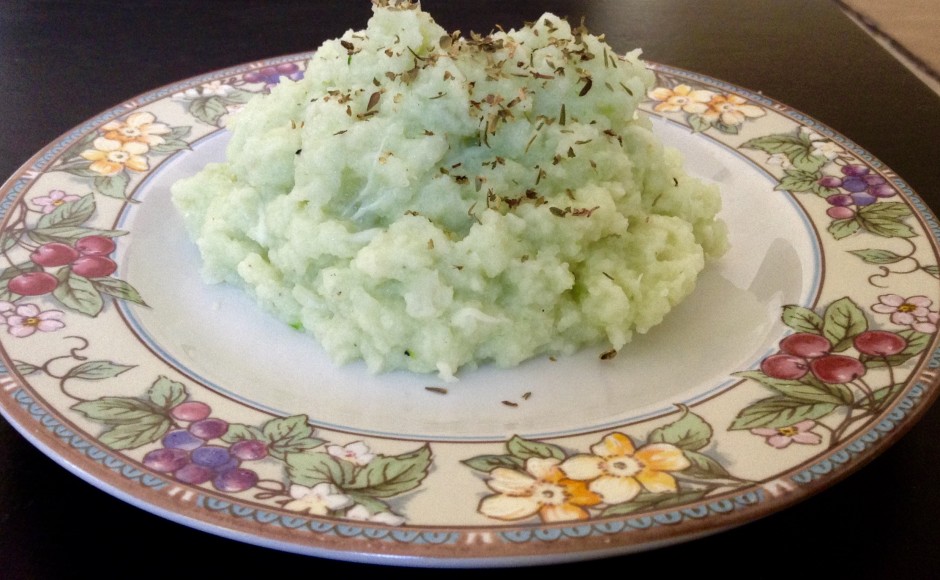 Cauliflower is very popular these days as a healthy replacement for not only carb-loaded potatoes, but as a meat replacement in dishes such as Tacos!

If you’re eating Paleo, Vegetarian. Grain-Free, or just wanting a new way to get your veggies, this super simple preparation is for you!

Spoon your puree out and garnish with fresh herbs.

TIPS:  To treat this more like traditional mashed potatoes, add a little Half & Half to the mix as you puree. You can also top with gravy or, on each serving, top with a dollop of  Sour Cream, Chives, and extra Cheddar. Cauliflower is influenced by the flavors that surround it.